The Social Communications Committee produced a podcast on What is Mission. Take time to listen to it.

World Mission Sunday in 2019 falls on 20 October. Instituted by Pope Pius XI in 1926, the annual day encourages prayers, cooperation and help for missions as well as reminding Christians about the fundamental missionary character of the Church and of every baptised person.

The full text of the message:

For the month of October 2019, I have asked that the whole Church revive her missionary awareness and commitment as we commemorate the centenary of the Apostolic Letter Maximum Illud of Pope Benedict XV (30 November 1919). Its farsighted and prophetic vision of the apostolate has made me realise once again the importance of renewing the Church’s missionary commitment and giving fresh evangelical impulse to her work of preaching and bringing to the world the salvation of Jesus Christ, who died and rose again.

The title of the present Message is the same as that of October’s Missionary Month: Baptised and Sent: The Church of Christ on Mission in the World. Celebrating this month will help us first to rediscover the missionary dimension of our faith in Jesus Christ, a faith graciously bestowed on us in baptism. Our filial relationship with God is not something simply private, but always in relation to the Church. Through our communion with God, Father, Son and Holy Spirit, we, together with so many of our other brothers and sisters, are born to new life. This divine life is not a product for sale – we do not practise proselytism – but a treasure to be given, communicated and proclaimed: that is the meaning of mission. We received this gift freely and we share it freely (cf. Mt 10:8), without excluding anyone. God wills that all people be saved by coming to know the truth and experiencing his mercy through the ministry of the Church, the universal sacrament of salvation (cf. 1 Tim 2:4; Lumen Gentium, 48).

The Church is on mission in the world. Faith in Jesus Christ enables us to see all things in their proper perspective, as we view the world with God’s own eyes and heart. Hope opens us up to the eternal horizons of the divine life that we share. Charity, of which we have a foretaste in the sacraments and in fraternal love, impels us to go forth to the ends of the earth (cf. Mic 5:4; Mt 28:19; Acts 1:8; Rom 10:18). A Church that presses forward to the farthest frontiers requires a constant and ongoing missionary conversion. How many saints, how many men and women of faith, witness to the fact that this unlimited openness, this going forth in mercy, is indeed possible and realistic, for it is driven by love and its deepest meaning as gift, sacrifice and gratuitousness (cf. 2 Cor 5:14-21)! The man who preaches God must be a man of God (cf. Maximum Illud).

This missionary mandate touches us personally: I am a mission, always; you are a mission, always; every baptised man and woman is a mission. People in love never stand still: they are drawn out of themselves; they are attracted and attract others in turn; they give themselves to others and build relationships that are life-giving. As far as God’s love is concerned, no one is useless or insignificant. Each of us is a mission to the world for each of us is the fruit of God’s love. Even if parents can betray their love by lies, hatred and infidelity, God never takes back his gift of life. From eternity he has destined each of his children to share in his divine and eternal life (cf. Eph 1:3-6).

This life is bestowed on us in baptism, which grants us the gift of faith in Jesus Christ, the conqueror of sin and death. Baptism gives us rebirth in God’s own image and likeness, and makes us members of the Body of Christ, which is the Church. In this sense, baptism is truly necessary for salvation for it ensures that we are always and everywhere sons and daughters in the house of the Father, and never orphans, strangers or slaves. What in the Christian is a sacramental reality – whose fulfillment is found in the Eucharist – remains the vocation and destiny of every man and woman in search of conversion and salvation. For baptism fulfils the promise of the gift of God that makes everyone a son or daughter in the Son. We are children of our natural parents, but in baptism we receive the origin of all fatherhood and true motherhood: no one can have God for a Father who does not have the Church for a mother (cf. Saint Cyprian, De Cath. Eccl., 6).

Our mission, then, is rooted in the fatherhood of God and the motherhood of the Church. The mandate given by the Risen Jesus at Easter is inherent in Baptism: as the Father has sent me, so I send you, filled with the Holy Spirit, for the reconciliation of the world (cf. Jn 20:19-23; Mt 28:16-20). This mission is part of our identity as Christians; it makes us responsible for enabling all men and women to realise their vocation to be adoptive children of the Father, to recognise their personal dignity and to appreciate the intrinsic worth of every human life, from conception until natural death. Today’s rampant secularism, when it becomes an aggressive cultural rejection of God’s active fatherhood in our history, is an obstacle to authentic human fraternity, which finds expression in reciprocal respect for the life of each person. Without the God of Jesus Christ, every difference is reduced to a baneful threat, making impossible any real fraternal acceptance and fruitful unity within the human race.

The universality of the salvation offered by God in Jesus Christ led Benedict XV to call for an end to all forms of nationalism and ethnocentrism, or the merging of the preaching of the Gospel with the economic and military interests of the colonial powers. In his Apostolic Letter Maximum Illud, the Pope noted that the Church’s universal mission requires setting aside exclusivist ideas of membership in one’s own country and ethnic group. The opening of the culture and the community to the salvific newness of Jesus Christ requires leaving behind every kind of undue ethnic and ecclesial introversion. Today too, the Church needs men and women who, by virtue of their baptism, respond generously to the call to leave behind home, family, country, language and local Church, and to be sent forth to the nations, to a world not yet transformed by the sacraments of Jesus Christ and his holy Church. By proclaiming God’s word, bearing witness to the Gospel and celebrating the life of the Spirit, they summon to conversion, baptise and offer Christian salvation, with respect for the freedom of each person and in dialogue with the cultures and religions of the peoples to whom they are sent. The missio ad gentes, which is always necessary for the Church, thus contributes in a fundamental way to the process of ongoing conversion in all Christians. Faith in the Easter event of Jesus; the ecclesial mission received in baptism; the geographic and cultural detachment from oneself and one’s own home; the need for salvation from sin and liberation from personal and social evil: all these demand the mission that reaches to the very ends of the earth.

The providential coincidence of this centenary year with the celebration of the Special Synod on the Churches in the Amazon allows me to emphase how the mission entrusted to us by Jesus with the gift of his Spirit is also timely and necessary for those lands and their peoples. A renewed Pentecost opens wide the doors of the Church, in order that no culture remain closed in on itself and no people cut off from the universal communion of the faith. No one ought to remain closed in self-absorption, in the self-referentiality of his or her own ethnic and religious affiliation. The Easter event of Jesus breaks through the narrow limits of worlds, religions and cultures, calling them to grow in respect for the dignity of men and women, and towards a deeper conversion to the truth of the Risen Lord who gives authentic life to all.

Here I am reminded of the words of Pope Benedict XVI at the beginning of the meeting of Latin American Bishops at Aparecida, Brazil, in 2007. I would like to repeat these words and make them my own: “Yet what did the acceptance of the Christian faith mean for the nations of Latin America and the Caribbean? For them, it meant knowing and welcoming Christ, the unknown God whom their ancestors were seeking, without realising it, in their rich religious traditions. Christ is the Saviour for whom they were silently longing. It also meant that they received, in the waters of Baptism, the divine life that made them children of God by adoption; moreover, they received the Holy Spirit who came to make their cultures fruitful, purifying them and developing the numerous seeds that the incarnate Word had planted in them, thereby guiding them along the paths of the Gospel… The Word of God, in becoming flesh in Jesus Christ, also became history and culture. The utopia of going back to breathe life into the pre-Columbian religions, separating them from Christ and from the universal Church, would not be a step forward: indeed, it would be a step back. In reality, it would be a retreat towards a stage in history anchored in the past” (Address at the Inaugural Session, 13 May 2007: Insegnamenti III, 1 [2007], 855-856).

We entrust the Church’s mission to Mary our Mother. In union with her Son, from the moment of the Incarnation the Blessed Virgin set out on her pilgrim way. She was fully involved in the mission of Jesus, a mission that became her own at the foot of the Cross: the mission of cooperating, as Mother of the Church, in bringing new sons and daughters of God to birth in the Spirit and in faith.

To men and women missionaries, and to all those who, by virtue of their baptism, share in any way in the mission of the Church, I send my heartfelt blessing.

From the Vatican, 9 June 2019, Solemnity of Pentecost 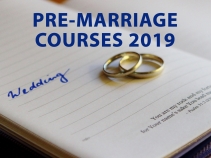