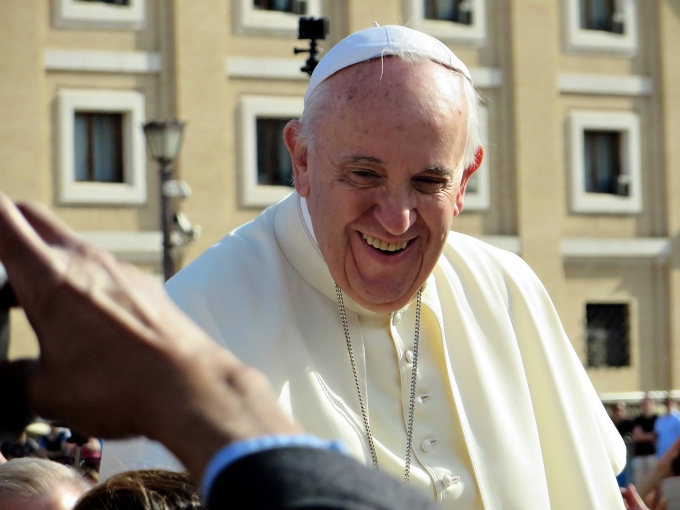 “Come and See” (Jn 1:46). Communicating by Encountering People Where and as They Are

The invitation to “come and see”, which was part of those first moving encounters of Jesus with the disciples, is also the method for all authentic human communication. In order to tell the truth of life that becomes history (cf. Message for the 54th World Communications Day, 24 January 2020), it is necessary to move beyond the complacent attitude that we “already know” certain things. Instead, we need to go and see them for ourselves, to spend time with people, to listen to their stories and to confront reality, which always in some way surprises us. “Open your eyes with wonder to what you see, let your hands touch the freshness and vitality of things, so that when others read what you write, they too can touch first-hand the vibrant miracle of life”. This was the advice that Blessed Manuel Lozano Garrido[1] offered to his fellow journalists. This year, then, I would like to devote this Message to the invitation to “come and see”, which can serve as an inspiration for all communication that strives to be clear and honest, in the press, on the internet, in the Church’s daily preaching and in political or social communication. “Come and see!”  This has always been the way that the Christian faith has been communicated, from the time of those first encounters on the banks of the River Jordan and on the Sea of Galilee.

Let us look first at the great issue of news reporting. Insightful voices have long expressed concern about the risk that original investigative reporting in newspapers and television, radio and web newscasts is being replaced by a reportage that adheres to a standard, often tendentious narrative. This approach is less and less capable of grasping the truth of things and the concrete lives of people, much less the more serious social phenomena or positive movements at the grass roots level. The crisis of the publishing industry risks leading to a reportage created in newsrooms, in front of personal or company computers and on social networks, without ever “hitting the streets”, meeting people face to face to research stories or to verify certain situations first hand. Unless we open ourselves to this kind of encounter, we remain mere spectators, for all the technical innovations that enable us to feel immersed in a larger and more immediate reality. Any instrument proves useful and valuable only to the extent that it motivates us to go out and see things that otherwise we would not know about, to post on the internet news that would not be available elsewhere, to allow for encounters that otherwise would never happen.

The Gospels as news stories

“Come and see” were the first words that Jesus spoke to the disciples who were curious about him following his baptism in the Jordan river (Jn 1:39). He invited them to enter into a relationship with him. More than half a century later, when John, now an old man, wrote his Gospel, he recalled several “newsworthy” details that reveal that he was personally present at the events he reports and demonstrate the impact that the experience had on his life. “It was about the tenth hour”, he noted, that is, about four in the afternoon (cf. v. 39). The next day – John also tells us – Philip told Nathaniel about his encounter with the Messiah. His friend is sceptical and asks: “Can anything good come out of Nazareth?”  Philip does not try to win him over with good reasons, but simply tells him: “Come and see” (cf. vv. 45-46). Nathaniel did go and see, and from that moment his life was changed. That is how Christian faith begins, and how it is communicated: as direct knowledge, born of experience, and not of hearsay. “It is no longer because of your words that we believe, for we have heard for ourselves”. So the townspeople told the Samaritan woman, after Jesus stayed in their village (cf. Jn 4:39-42). “Come and see” is the simplest method to get to know a situation. It is the most honest test of every message, because, in order to know, we need to encounter, to let the person in front of me speak, to let his or her testimony reach me.

Thanks to the courage of many journalists

Journalism too, as an account of reality, calls for an ability to go where no one else thinks of going: a readiness to set out and a desire to see. Curiosity, openness, passion. We owe a word of gratitude for the courage and commitment of all those professionals – journalists, camera operators, editors, directors – who often risk their lives in carrying out their work. Thanks to their efforts, we now know, for example, about the hardships endured by persecuted minorities in various parts of the world, numerous cases of oppression and injustice inflicted on the poor and on the environment, and many wars that otherwise would be overlooked. It would be a loss not only for news reporting, but for society and for democracy as a whole, were those voices to fade away. Our entire human family would be impoverished.

Many situations in our world, even more so in this time of pandemic, are inviting the communications media to “come and see”. We can risk reporting the pandemic, and indeed every crisis, only through the lens of the richer nations, of “keeping two sets of books”. For example, there is the question of vaccines, and medical care in general, which risks excluding the poorer peoples. Who would keep us informed about the long wait for treatment in the poverty-stricken villages of Asia, Latin America and Africa? Social and economic differences on the global level risk dictating the order of distribution of anti-Covid vaccines, with the poor always at the end of the line and the right to universal health care affirmed in principle, but stripped of real effect. Yet even in the world of the more fortunate, the social tragedy of families rapidly slipping into poverty remains largely hidden; people who are no longer ashamed to wait in line before charitable organizations in order to receive a package of provisions do not tend to make news.

Opportunities and hidden dangers on the web

The internet, with its countless social media expressions, can increase the capacity for reporting and sharing, with many more eyes on the world and a constant flood of images and testimonies. Digital technology gives us the possibility of timely first-hand information that is often quite useful. We can think of certain emergency situations where the internet was the first to report the news and communicate official notices. It is a powerful tool, which demands that all of us be responsible as users and consumers. Potentially we can all become witnesses to events that otherwise would be overlooked by the traditional media, offer a contribution to society and highlight more stories, including positive ones. Thanks to the internet we have the opportunity to report what we see, what is taking place before our eyes, and to share it with others.

At the same time, the risk of misinformation being spread on social media has become evident to everyone. We have known for some time that news and even images can be easily manipulated, for any number of reasons, at times simply for sheer narcissism. Being critical in this regard is not about demonizing the internet, but is rather an incentive to greater discernment and responsibility for contents both sent and received. All of us are responsible for the communications we make, for the information we share, for the control that we can exert over fake news by exposing it. All of us are to be witnesses of the truth: to go, to see and to share.

In communications, nothing can ever completely replace seeing things in person. Some things can only be learned through first-hand experience. We do not communicate merely with words, but with our eyes, the tone of our voice and our gestures. Jesus’ attractiveness to those who met him depended on the truth of his preaching; yet the effectiveness of what he said was inseparable from how he looked at others, from how he acted towards them, and even from his silence. The disciples not only listened to his words; they watched him speak. Indeed in him – the incarnate Logos – the Word took on a face; the invisible God let himself be seen, heard and touched, as John himself tells us (cf. 1 Jn 1:1-3). The word is effective only if it is “seen”, only if it engages us in experience, in dialogue. For this reason, the invitation to “come and see” was, and continues to be, essential.

We think of how much empty rhetoric abounds, even in our time, in all areas of public life, in business as well as politics. This or that one “speaks an infinite deal of nothing… His reasons are as two grains of wheat hid in two bushels of chaff: you shall seek all day ere you find them, and when you have them, they are not worth the search.[2] The blistering words of the English playwright also apply to us as Christian communicators. The Good News of the Gospel spread throughout the world as a result of person-to-person, heart-to-heart encounters with men and women who accepted the invitation to “come and see”, and were struck by the “surplus” of humanity that shone through the gaze, the speech and the gestures of those who bore witness to Jesus Christ. Every tool has its value, and that great communicator who was Paul of Tarsus would certainly have made use of email and social messaging. Yet it was his faith, hope and charity that impressed those of his contemporaries who heard him preach or had the good fortune to spend time with him, to see him during an assembly or in individual conversation. Watching him in action wherever he was, they saw for themselves how true and fruitful for their lives was the message of salvation that, by God’s grace, he had come to preach. Even where this servant of God could not be encountered personally, the disciples whom he sent bore witness to his way of life in Christ (cf. 1 Cor 4:17).

“We have books in our hands, but the facts before our eyes”, said Saint Augustine[3] in speaking of fulfilment of the prophecies found in sacred Scripture. So too, the Gospel comes alive in our own day, whenever we accept the compelling witness of people whose lives have been changed by their encounter with Jesus. For two millennia, a chain of such encounters has communicated the attractiveness of the Christian adventure. The challenge that awaits us, then, is to communicate by encountering people, where they are and as they are.

Lord, teach us to move beyond ourselves,
and to set out in search of truth.

Teach us to go out and see,
teach us to listen,
not to entertain prejudices
or draw hasty conclusions.

Teach us to go where no one else will go,
to take the time needed to understand,
to pay attention to the essentials,
not to be distracted by the superfluous,
to distinguish deceptive appearances from the truth.

Grant us the grace to recognize your dwelling places in our world
and the honesty needed to tell others what we have seen. 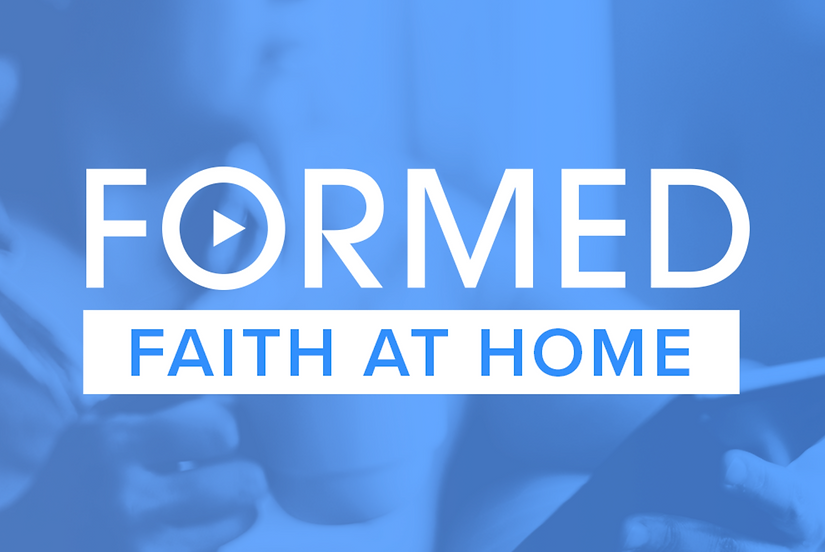 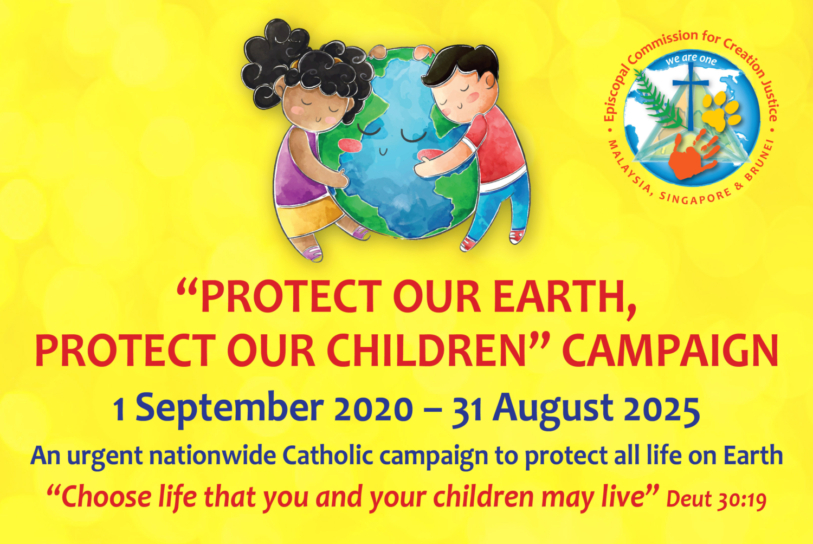